I’m a great believer in karma, or what goes around, comes around, and that ultimately things will always work themselves out.

Such was the case of a heinous murder that took place in Weymouth during the late Georgian period.

This was an age when Weymouth was an up and coming, lively, gay resort, thanks to visiting Royalty and their entourage of high class followers. The hitherto workaday streets of our little town then bore witness to the rustling sounds of heavy silk  crinolines and the grandness of powdered wigs, coat tails and cravats.

Though not quite everyone in Weymouth mixed in such salubrious circles!

“Extract of a letter from Weymouth, dated April 28;

“Thursday a young man, of the name Thomas Lloyd Morgan, and engraver, in company with one Hardy, a farmer, in the neighbourhood, after having spent the evening together, went to a house of ill-fame about eleven at night, and the next morning, about four, the unfortunate Morgan was found murdered on the bridge, with his skull terribly fractured, and many other marks of violence on his body. The coroners inquest brought in their verdict wilful murder by some person or persons unknown. Two women and  a man named Robert Thedham, belonging to the house above-mentioned, were immediately taken into custody, as likewise the farmer with whom he was in company; they were all committed to the county prison to take their trials at the ensuing assizes. Morgan was a native of Leominster, Herefordshire, where he has parents now living in respectable circumstances.”

At the time, this brutal murder brought fear and suspicion into the heart of the local community…who could commit such a deadly deed, were they walking among the streets right now, could it even be a friend or neighbour?

Thomas’s battered and broken body had been found callously dumped by the side of the old wooden town bridge, on the Melcombe Regis side of the harbour, tightly wrapped in a linen sheet.

His grisly remains were discovered by a passing workman, who in the early morning gloom spotted a motionless shape in its makeshift shroud. Curiosity aroused, he cautiously pulled back the edges, only, he wished he hadn’t…revealed was a revolting sight, a bloodied skull staring up at him, one that was almost unrecognisable as human.

As the sun slowly rose in the sky, the soft morning light began to reveal a tell-tale trail of dried blood that led those investigating the murder back over the town bridge and into the old High Street, ending up  near Boot-Lane.

In fact it led them straight to the door of a notorious house of ill repute.

Those persons found inside the den of iniquity were rounded up and transported to the gaol awaiting trial.

Despite the obvious trail of blood from their residence to the discovered body, frustratingly, the lack of any evidence of their actual involvement in the crime meant no one was ever charged with the brutal slaughter of the chap, though not surprisingly, gossip abound for years to follow.

That was until the year 1857, when an old women who lay on her deathbed bared her soul as she prepared to meet her maker. Having carried the knowledge  of her role in the crime for nigh on all her adult life, she finally confessed to her part in the dark deed. 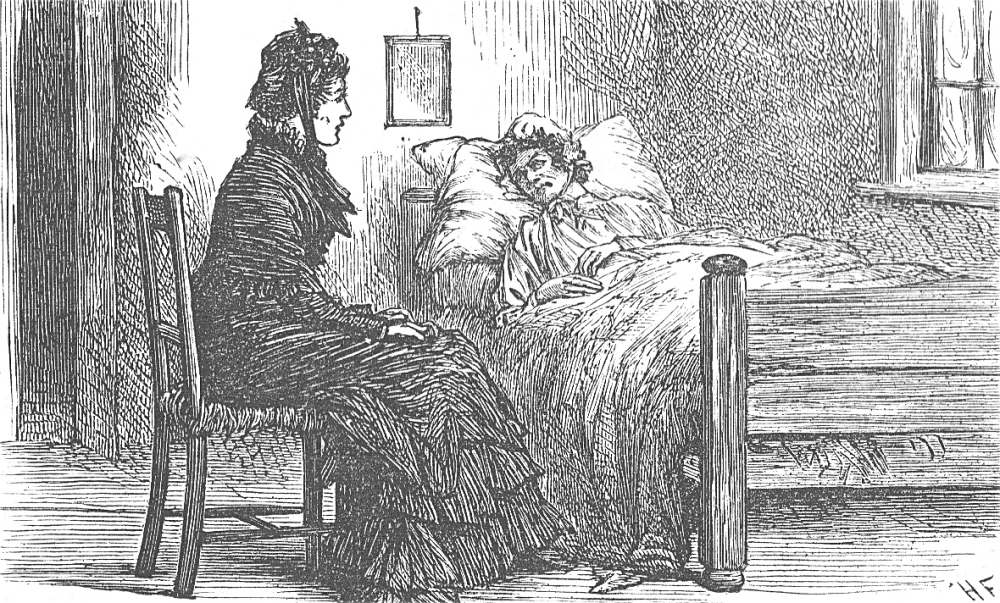 As she laid nearing death, the words tumbled forth, revealing at last the answers to a 50 year old mystery.

It seems that young Thomas was in town, he was also on the look out for a good time. Accompanied by Hardy, a farmer from Chickerell, the pair made their way to that iniquitous den for an evenings entertainment.

But things that night had gone wrong…horribly wrong.

Fuelled by drink, a fierce argument broke out between in the dwelling between its occupents, and it seems that during this full on fray Thomas received the devastating and fatal blows to his skull.

Realising the seriousness of what had just happened, that they had murdered the young lad, plans were hastily made by the others to dispose of his bloody body. First wrapping it tightly in a linen sheet, under the cover of darkness they stealthily carried it out through the door and loaded it onto the back of Hardy’s horse which was tied up outside.

The guilty parties and their horse with its gruesome bundle  made their way down through the shadowy streets and over the town bridge. Their original plan had been to dispose of the body in the harbour on the Melcombe side, to deflect any suspicion from themselves.

Fate intervened though, in the stillness of the pitch black night, as man, horse and corpse crossed the bridge, they suddenly heard voices  coming from somewhere close by. The group drew to a sudden halt, they panicked, not wanting to be found with their deadly deeds of wrong doings, Thomas’s body was dragged off the horses back and dropped right where they stood, at the end of the bridge.

Beating a hasty retreat to the original scene of the crime they huddled inside the hovel, hurriedly concocting their alibis ready should anyone come knocking, little realising that in the darkness they had left an incriminating trail right back to their very door!

Farmer Hardy had indeed been questioned at the time about the murder, but he had a sound alibi for when it was supposed to have taken place.

During the death-bed confession, even that was revealed for what it was, a clever ruse by a desperate man.

Once all guilty parties had agreed on their stories, Hardy returned home, and on entering his house he simply altered the clock, turning it back by a couple of hours. After retiring to his bedroom, he then summonsed his servant, ordering them to go and check the time for him.

When he appeared before the magistrates, it was pointed out that he couldn’t have possibly been there at the time.

He had the perfect alibi!

As Priscilla Guppy, who was well over the age of 90 by the time of her imminent passing, lay back on her death-bed in the Union Workhouse, she appealed to the Lord God to save her soul, to forgive her for those terrible sins that she had carried with her all her life.

Old Priscilla was the very last survivor of the guilty group that had committed this heinous murder.

She told of how she had mercilessly beat young Thomas over his head with a flat piece of iron, battered him to death. How even as she stood before the bar of justice accused of his very murder, concealed within the filthy, bug infested tangle of her matted hair was the dead mans watch and chain.

She told of how Hardy had become a changed man, the dark deed had made his heart heavy, never again was he happy in his life.

It was even claimed that his trusty horse who had been tasked with carrying the bloodied body to its final resting place on that dark night could never be made to go near the house of ill repute ever again.

And what became of the remains of young Thomas Lloyd Morgan?

He was buried in St Mary’s Church yard, and his tomb bore the inscription

“This stone was erected by Public Subscription in remembrance of the cruel murder committed on the body of Lloyd Morgan , who lies here, on the 27th April, aged 22.

Here mingling with my fellow clay,

I wait the awful judgement day,

And there my murderer shall appear,

Although escaped from justice here.”

Maybe Priscilla had read those words many times and thought on to that meeting!

Her mortal remains were laid to rest on the 19th November 1857 in  Wyke Regis churchyard.

As for her soul?…

Visit my Pinterest page for more views of old Weymouth.