Weymouth has had a long history of trading with the Channel islands, and even further afield.

As a small child I can recall walking along the raised platform on the harbourside with my Mum firmly holding my hand, huge creature like cranes towered above me, they’d lumber along the  rails set in the concrete from ship to ship…to a small child a wholly fascinating place. We’d sit and watch as box after box of goods were unloaded from within the ships hold. Tons of tomatoes, potatoes, flowers, wood…you name, it was all brought into the busy working port. 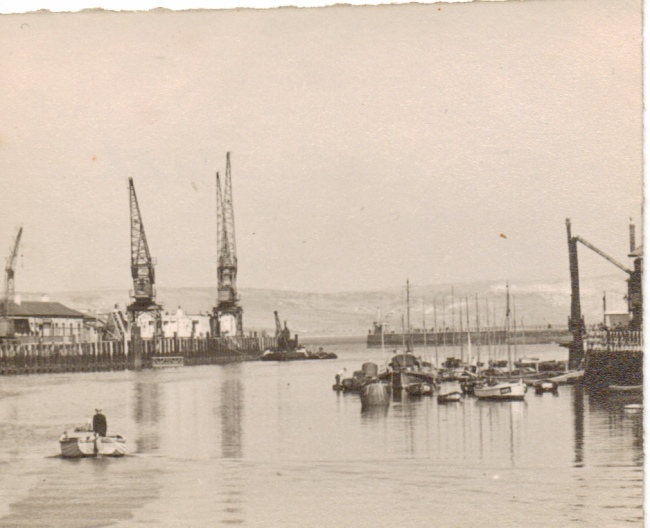 Nowadays the only trade we do between us and the Channel islands is of the human kind, and the few remaining fishing boats that still ply their trade from the harbour.

Back in the Victorian era Weymouth was very much a bustling harbour.

In 1877 came the newspaper report of the new harbour staging that had been erected to help speed up the loading and unloading of the vessels as they came in and out, this was of wooden construction, held by creosoted piles driven deep into the waters below..

The improvements to the quayside had been done by the contractor, a Mr J. Innes. He had done such a good job that it had been finished before time, (don’t hear of that very often these days!) .

Upon this new staging sat a piece of machinery that  speaks of the Victorian era, the new technology that was emerging at the time, a wonder that would make the dock side men’s lives easier… Weymouth had installed a steam crane.

Such was the novelty of these big improvements to the quayside that their first day of use was one of great celebration.

There to watch the much improved system that day were Mr Wimble, who was the secretary to the Weymouth and Channel Island’s Steam-packet company, from the Great Western Railway Company was the District Superintendent Mr Humphrey. Vigilant as ever were the men of Her Majesty s Customs, Mr Hamilton Price and Mr Godfrey, (smuggling was rife between the Channel Islands and Weymouth ! )

Crowds had gathered along the harbour wall to watch this big day for the town, Weymouth was up and coming, they had the railway that now ran right along the quayside up to the ferry terminal, (opened 1865), trade was good, work for plenty.

That Wednesday evening, as they waited for the first ship to arrive, the quayside was a bustling scene, A double line of trucks awaited on the rails as far back as the Pultney buildings, men anxiously hopped from foot to foot peering out to sea, eager to get started with their work. At last, slowly sailing into sight came the Rosebud, she had been delayed by fog in the Channel, but here she was, crews on board and shore side busied themselves with tying her lines to make her fast. Work could begin!

Once the gear was ready, the steam crane burst into life, placed on board the ship itself was a donkey engine, and using a gaff the men began their toil. Load after heavy load was swiftly raised from the boat, the Rosebud that day was carrying 106 tons of New Jersey potatoes. With the new heavy machinery they could empty or load the boats at a rate of 40 or 50 tons an hour!…before, with pure man power they had only managed 14 tons an hour. Was there going to be no stopping this port now? People talked, Weymouth was destined for greatness, we could become the major trading harbour along the coast.

But as history often tells a different tale, the great shipping trade declined over the century and a half , I remember very little of it apart from those early walks amongst the lumbering iron levanthians as they worked. 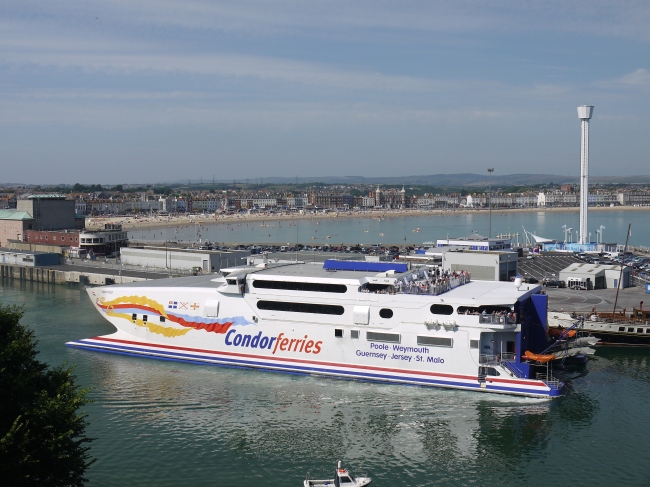 Weymouth still has her gleaming Channel Island passenger vessels…but the rest of the harbour is now mainly given over to a new sort of trade, the yachts and boats of the sailors  who ferry in and out of the port in the search for relaxation and a certain lifestyle. 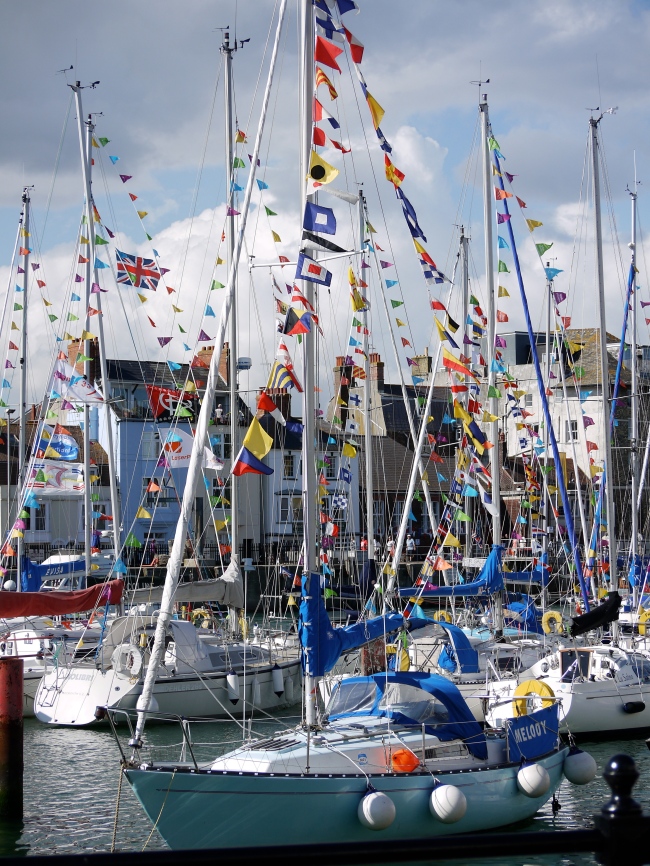