The striking Jubilee Clock is an iconic image of Weymouth, it adorns thousands of postcards and holiday brochures and what local hasn’t stood under there at some stage of their life to meet someone?

The year 1887 was  a milestone in the reign of Queen Victoria. It marked the 50th year of her ruling over the kingdom. This was the year of her Golden Jubilee, which was celebrated across the land in great style.

Victoria went on to rule the country for a total of 63 years and 7 months, and in doing so became the longest serving British monarch, (our own present day Queen Elizabeth II will have to reign over us until the 9th September 2015 to beat Victoria’s record.) During the lengthy Victorian era England underwent huge changes in society, the industrial revolution, wealth and innovation fuelled new commerce, and her empire expanded to cover the globe.

Weymouth, not to be outdone in the party stakes held their grand celebrations on the Tuesday, 21st June, funded by a Jubilee committee that had been set up to raise money for, and organize events in the town.

So well had the committee’s fund raising gone, that even after all the festive feasting and grand illuminations on the big day, a sum of approximately £100 was left in the kitty. The committee decided to approach the council with their suggestion of a clock tower on the Esplanade as a lasting reminder of the magnificent royal occasion. The council quickly agreed to the idea, no doubt the fact that they only had to fund the cost of a base for clock tower helped them to make their minds up to go ahead with the scheme!

The clock part itself, with its four illuminated faces, was donated by Sir Henry Edwards, who was the local Liberal MP for Weymouth and Melcombe Regis (1867-1885) at the time. (His statue is the one that stands at the end of Alexandra gardens, having been placed there in 1885 as a lasting memorial of his generosity towards the inhabitants of Weymouth.)

The headmaster of the local School of Art, Mr. Baker had been instrumental in designing the clock tower.

Even the local Gas Company had been gently coerced into donating the supply of gas to light the grand clock ‘in perpetuity, free of charge.’

The following year, 1888, with plans finally approved, worked started on the construction of the clock tower, and later that year, on the 31st October, town Mayor, John Groves led the celebrations at the grand unveiling of this permanent monument to their ruling monarch, Queen Victoria.

If you compare these two early 20th century photos of the clock, you’ll notice a couple of  striking differences between the Victorian version and our modern one. 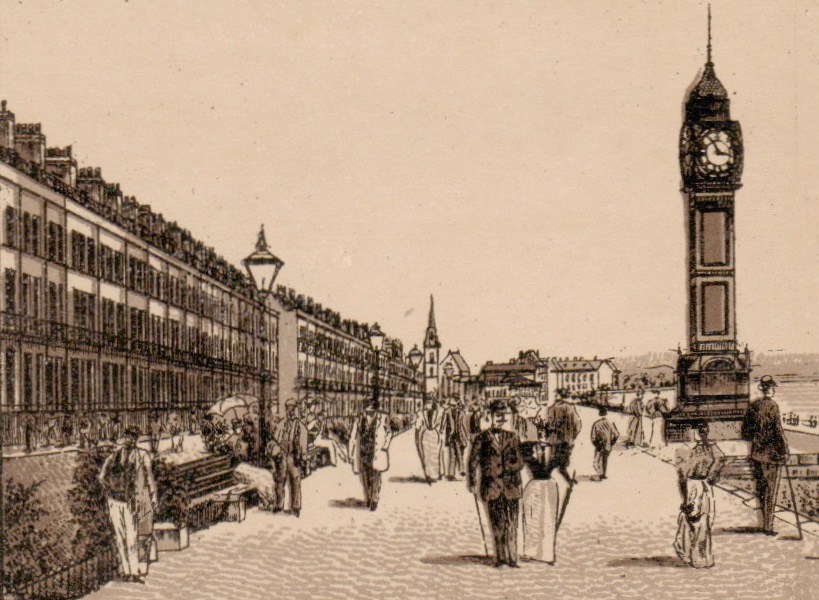 …whereas today’s clock stands next to the road. The clock hasn’t moved…but the Esplanade and road has! 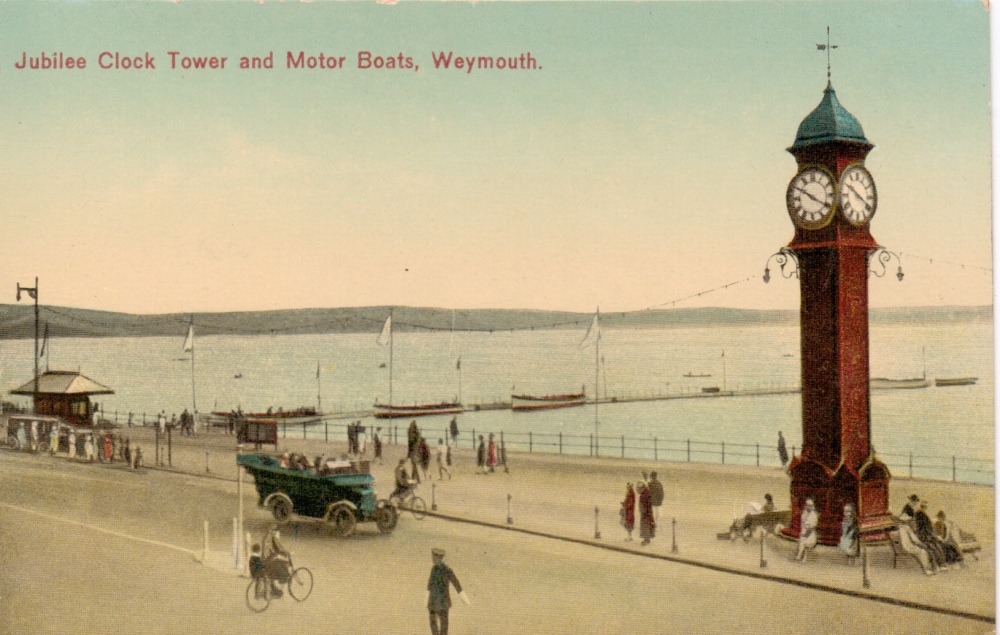 In the early 1920’s as part of a scheme to help solve major unemployment of many of the returning men  from the WWI a ‘public works scheme’ was set up by the Liberal Government. Weymouth council used this scheme as an opportunity to widen the Esplanade, they could receive up to 60% of the men’s labour costs, and felt it was too good an opportunity to miss to make major improvements to the town, and in the process supplying work for some of the 500 local men unemployed at the time. 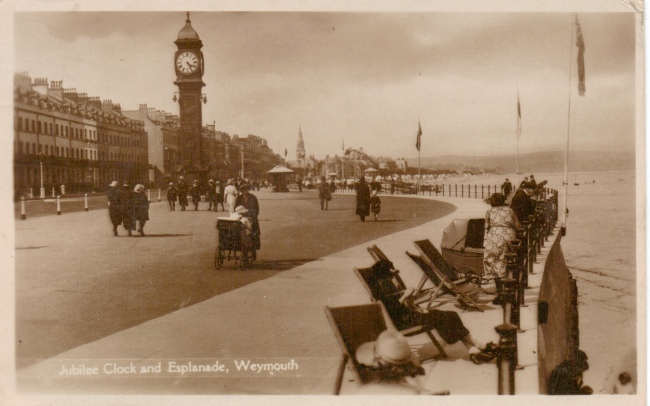 The second difference you’ll notice is the colours. The original clock was very drab compared to todays dazzling landmark. Along with the new wider esplanade of the 1920’s came paint…the tower was given its magnificent cloak of Weymouth colours.

It remained though one of Weymouth’s iconic landmarks. 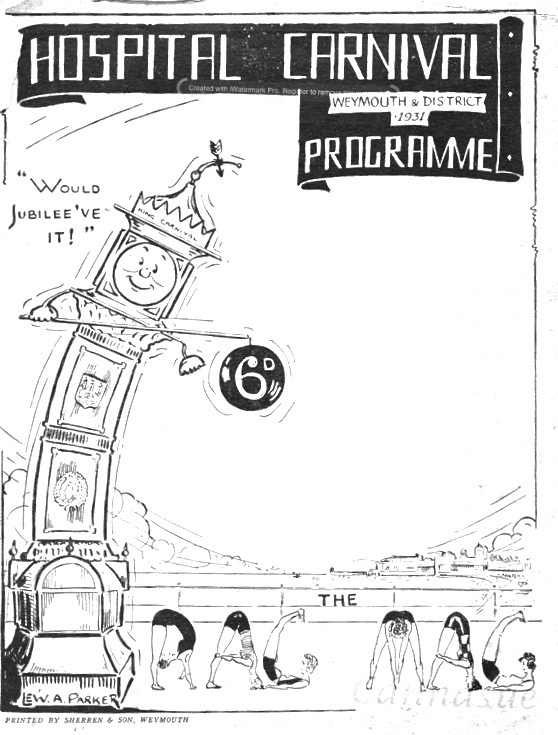 In 2011 it received a major sprucing up ready for the influx of the Olympics in 2012, and now stands proudly, glistening in the sunlight with its new gildings.

Our Queen Victoria Jubilee Clock is probably one of Weymouth’s most famous and easily recognized landmarks. Many a local would stand under its tower, waiting to meet a friend or lover, as they almost certainly had done right down through the last century. Every New Years Eve it attracts hundreds of merry revellers around its tower to welcome in another new year.

Love a bit of good old fashioned gossip? why not find yourself a copy of my book Nothe Fort and Beyond. Don’t think its only about their military life inside the fort and barracks, those soldiers and their wives certainly lived up Weymouth! Many a local family became involved in their shenanigans through, love, lust, death or disaster.

See if you can find your ancestors in here.