From the title of my blog, you may or may not have guessed that I am lucky enough live in Weymouth, Dorset.

I am extremely biased about my home town…o.k., so maybe it’s not perfect, but where is at the moment with the dire economic state of affairs.

I could never live anywhere else, we have so much to appreciate here, stunning scenery, beautiful beaches, historic harbourside….the list of advantages goes on and on.

But one thing that I have always thoroughly enjoyed about living here was the huge New Years Eve celebrations…it just has to be the best ever. 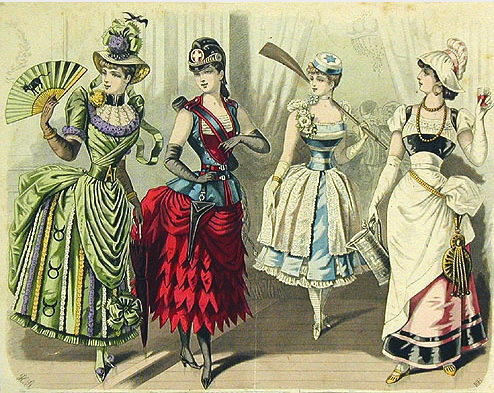 Weymouth  on this occasion turns into one almighty ginormous all-encompassing fancy dress town. Everyone but everyone turns out in full blown costume, from superheroes to celebrities, animals to cartoon characters and all manner of fantastic and clever disguises in between. 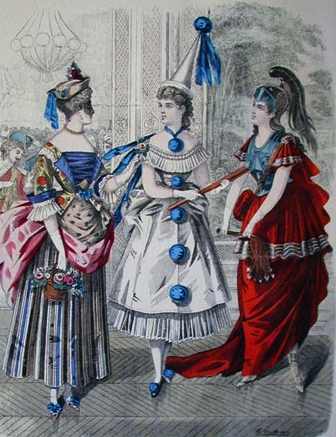 There are numerous pubs and clubs to visit, live music on the seafront to get toes tapping, it really is the best place to be to enjoy a lively atmosphere and great fun.

Even the police cars used to go through the town with their somewhat unusual sirens…aka ice cream chimes! (Not so sure they’d be allowed to do that now.)

So popular as a destination for revelry has it become that it’s even made it to the top of the party list in Europe.

You might not think so, but even our Victorian ancestors knew how to celebrate New Year in style.

Come the end of 1882 and a Grand Fancy Dress Ball was held in the Assembly Rooms of the Royal Hotel that sits on the Esplanade, (the bow fronted building seen below in this old print.) 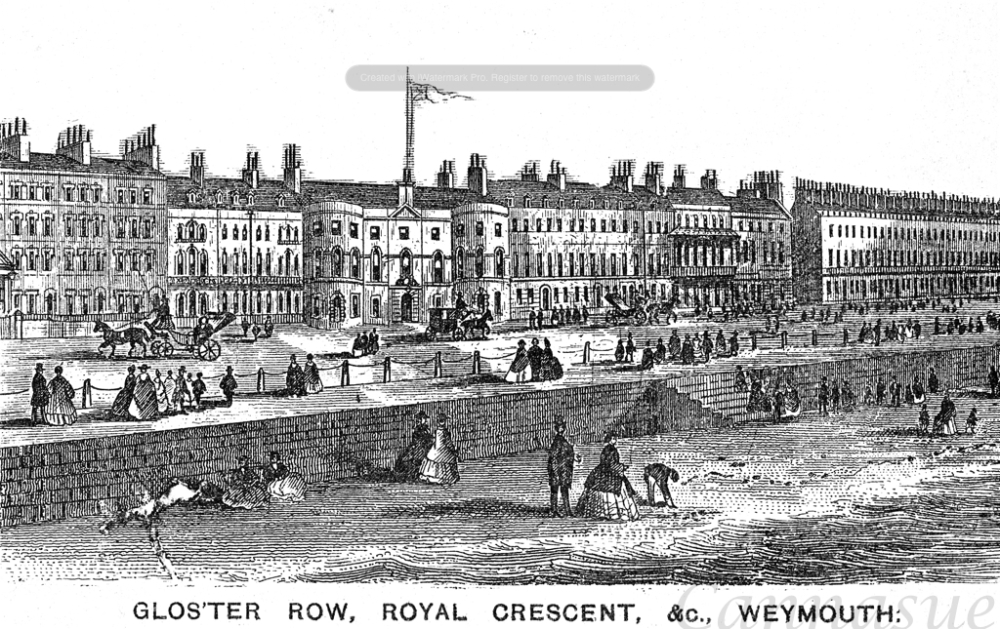 ‘The ballroom was very tastefully bedecked with flags, banners, and a variety of devices in evergreens, and presented a very pretty appearance from the manner i which it was illuminated through globes of coloured glass.’

The reporter goes on to describe the glittering scene that  evening in the ballroom.

‘A large proportion of the gentlemen wore the uniforms of either the army or the navy, whilst others appeared in Windsor uniform, and among the fancy dresses were those of various historical and other characters. Among the costumes assumed by the ladies were those of peasants of various nationalities, gipsies, fish girls of different countries, Shakespearian and other poetical characters, “snowflakes,” “frost,” “snow” “vivandiere,” “rose-bud,” “Grecian lady,” “Diana, the huntress queen,””Mary Queen of Scotts,” “Nancy Lee,” “butterfly,” &c.’ 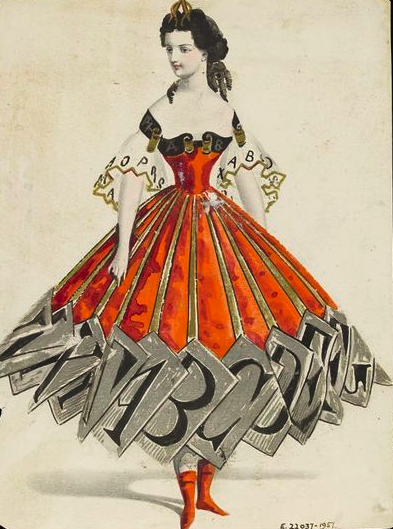 An extremely thorough list follows the report naming all the dancers and their costumes, it’s a veritable who’s who of the local gentry and wealthier tradesmen of the town.

Many of those attending were military or naval officers and their families who were stationed in the area, (Weymouth being a busy naval port and military post at the time.)

There were even those ambassadors who manned the numerous foreign consoles that once lined the old quayside, a glimpse into the past of the towns importance due to vast trade with the wide world.

A few were visitors who came to town specifically for the evenings grand event, (just like the revellers of today.)

Young Miss Stanley Scott made her appearance dressed as Winter, Miss Hoey a Sicilian tambourine girl, her sister Annie came disguised as a Maltese fish girl, Mama Hoey decked herself out as Autumn. 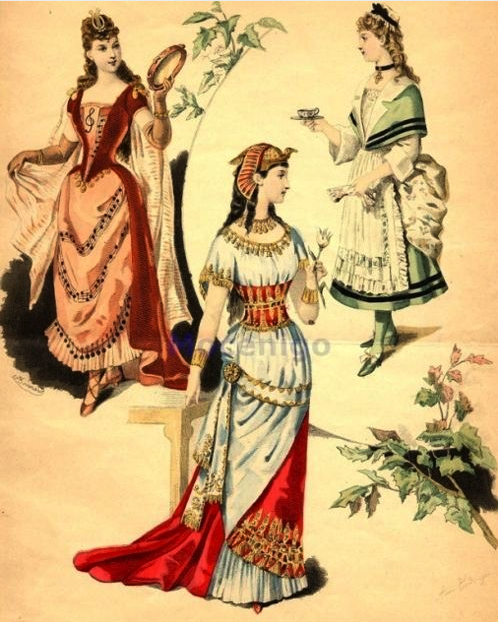 A certain Mr Armstrong was very bold, he was dressed as a man from the future. (one can only envisage what he wore…how he portrayed the future.)

Mr Wilson rather fancied himself as a South American gaucho….

Even celebrities of the day were mimicked…Miss Florence Armstrong arrived garbed as her heroine, popular authoress and illustrator of the day, Kate Greenaway.

Another famous fictional character tickled the fancy of young Miss Callaghan, she arrived dressed from head to dainty paws as Puss in Boots, her father William rather fancied himself as the Pirate King…

Mr Kinneer Hancock decided to slum it for the evening, he rather condescendingly donned the garb of ‘An every day young man.’

Entertaining the happy revellers at the ball was Mr J Robinson’s band from Dorchester with an assortment of lively airs, their sweet music sent even the sternest of men’s toes a tapping.

During the intervals in the dancing a singing quadrille amused the party goers with their cheerful ditties.

Seems like Weymouth was the party town of the South coast, the place to be, even as far back as the 19th century. 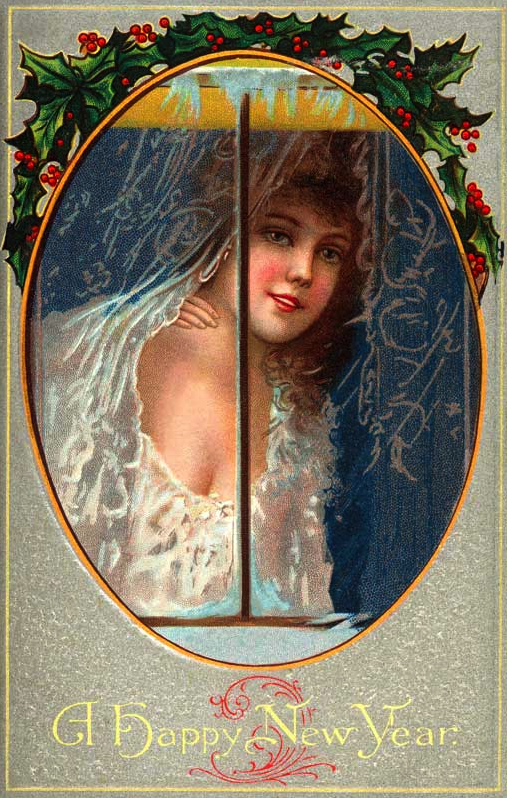 And on that cheerful note I’d like to wish all my family, friends and readers a very Happy and Healthy New Year, and may next year bring you  many smiles and much laughter.