The Backwater, or Radipole Lake played  a large part of my childhood. 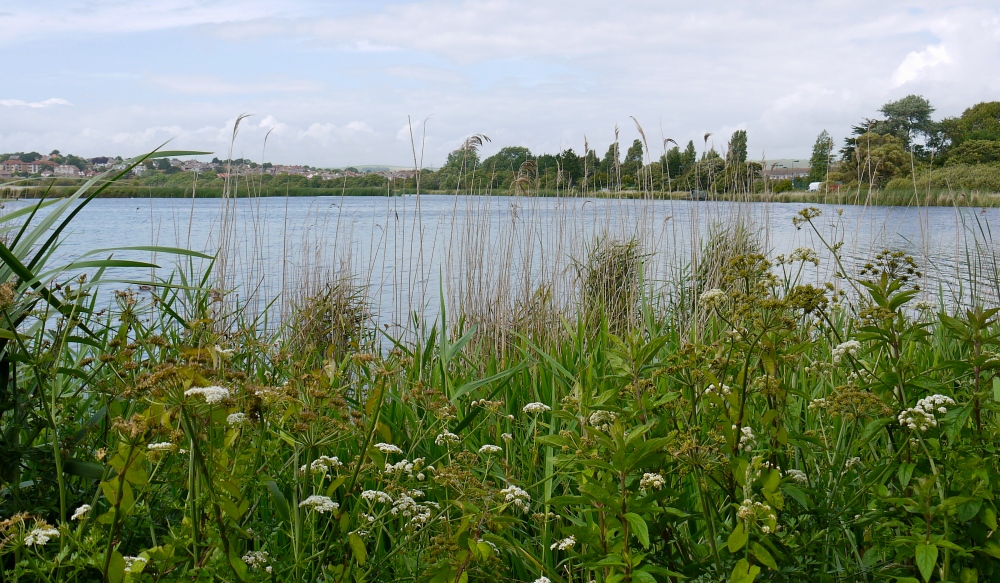 I spent a lot of my childhood playing in and around here, I fished for eels from the riverside with nothing but a stick, string and bent pin for a hook,(not very successfully I hasten to add,) I watched the swans build their nests and later cooed over their fluffy babies nestled protected under their parents wings.

The Victorian also enjoyed the delights of this vast stretch of water, though not quite the same way that we do today.

The Backwater was so named because it literally was the back water to the sea front…before the dam was built in the harbour, it was tidal right up as far as Radipole, boat excursions were popular in those days bringing tourists up river for afternoon teas at Radipole. 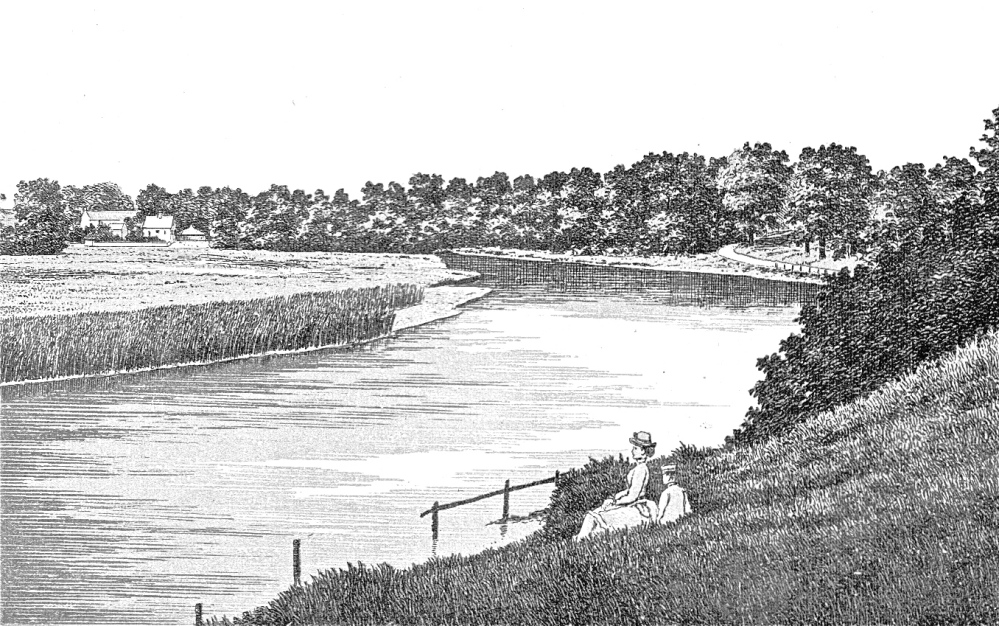 In 1847 a rare specimen of a fish was caught here, a King Fish of Shaw otherwise known as  Lampus Imperatus. It was a massive three foot in length, weighed in at a humongous 90 pounds.

So impressive was this fine (dead!) specimen that it was put on public display in Weymouth.

The same year, a rare bird was spotted feeding in the lake, a Spoon-Bill, or Plateba Sencorodia of Pennant. It was claimed by the Victorian writer to be a most beautiful bird, measuring almost 2 foot in length from the tip of its beak to the end of its tail. The Victorians loved their natural sciences and revelled in new discoveries…only problem was they liked to keep hold of their unusual  specimens, so first they shot them… then stuffed them!

This one  ‘dead-as-a-dodo Spoon Bill’ was down to a certain Mr Crocker Esquire no less.

Mind you, their habit of approaching the wildlife with guns rather than looking glasses sometimes literally backfired on them.

Thirty two year old John Gillingham, a whitesmith from Melcombe Regis was on the Backwater in a boat with his wife,  Eliza and young daughter, 12-year-old Sarah.John was out for a spot of sport, he had his fowling piece with him. He had just pulled into the side of the lake to let his wife and daughter off the boat, when somehow, the fully loaded gun that was resting in the boat suddenly discharged its contents, and young Sarah who was stood on the bank received the full blast of the shot at close range. Her arm was shattered with the force of the gun, and had to be amputated, the local paper stated that her life was in imminent danger. But Sarah was made of sterner stuff than that because by the next census, the family have moved to St Nicholas Street, where they ran the Welcome Home public house, and Sarah, now aged 18,  is still listed as a student at that point.

In July of 1864, a spot of tourism promotion was the name of the day when a local man, Mr John Brett wrote to the Southern Times extolling the virtues of a boat trip on the Radipole lake, advising visitors to the area (in such flowery terms as the Victorians seemed to revel in,)  not to miss such a  delightful experience.

Maybe todays tourist board should find such a fine fellow as he.

To the Editor of the “Southern Times.”

SIR- It is much to be regretted that some of the most interesting scene and sources of pleasure are lost to our visitors from want of knowledge of the circumstances under which they may be enjoyed. Such is the case relative to the delightful trip to the charming little village of Radipole at spring tides or even a morning 10 or 11 o’clock tide. No lake in Cumberland can be more lovely than our estuary at high water in the summer season. 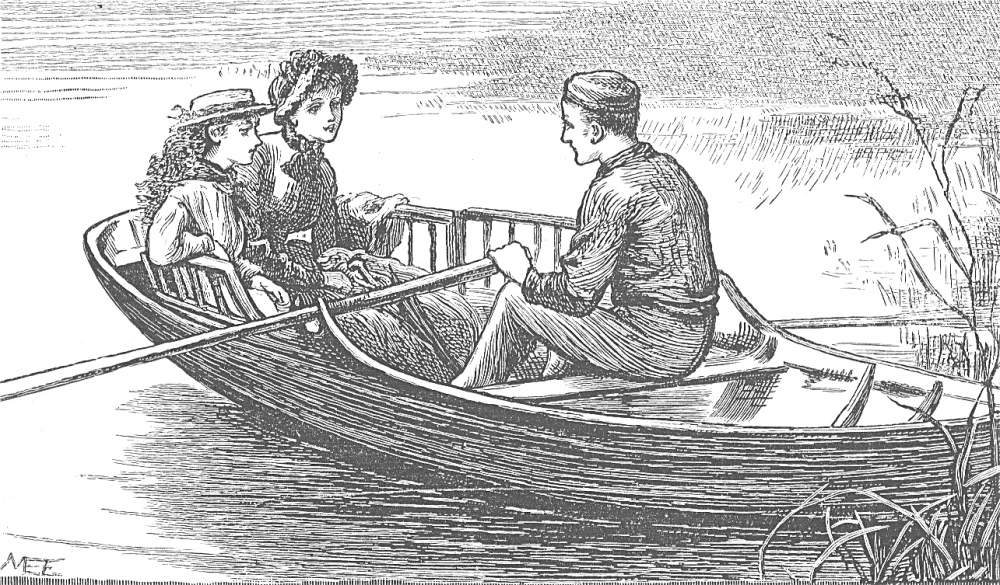 Fringed even to its margin with fields of grain or over-hanging honeysuckles, resounding with the song of the cuckoo, the lark, and the blackbird, often has my heart been ravished while gliding smoothly over its glassy waters at their contemplation, and while my thoughts have ascended from nature up to nature’s God, they have found language in the words of the poet-

“These are thy glorious works

Thyself how wondrous then.”

After a morning spent upon the briny deep in viewing the boundless ocean and its margin of magnificent cliffs of chalk, or its cavers that the ceaseless waters have worn on the coast, how sweet to vary the scene by an evening trip on the placid waters that isolate our town from the main. A farm, ancient and substantial, adjoining the church, will kindly furnish refreshments of the class used at the marriage at Cann, in Galilee, as well as those of a less stimulating property. Our worthy old townsmen, Caddy, will furnish a boat like an old family coach, in which the children may dance Scotch reels, or possibly old Davy himself may amuse his fare with a hornpipe man-‘o-war fashion. As I know that, like myself, you are desirous of giving our visitors all possible enjoyment during their excursions, I lay aside the deep and important matters that are my usual study to refresh myself with this light ebullition, and request your kind insertion thereof.

Even though some of the more enlightened Victorian people saw the beauty around them for what it was, a pleasure to enjoy, many still wanted to capture those fleeting moments for all time, but were destructive to the nth degree in doing so!

OSPREY AND LITTLE AUK AT WEYMOUTH. -Mr. William Thompson, writing to the Field, says :- An adult male osprey (Pandion Halicetus Gould ) was killed in the Backwater of Weymouth on September 22 last, and is now in my possession, having been brought to me in the flesh the same day. It was observed on the feed the previous day, when it caught a fish, either a mullet or bass. The osprey soared with its prey to some height, when it fell; but the hawk, making a swoop, recovered the fish before it touched the water, and flew with it inland. On the following day the osprey was again seen flying towards the Weymouth Back Harbour, and mobbed by some rooks and a kestrel. The birds crossed the Backwater, and on nearing the railway station the rooks beat a retreat; but not so the kestrel, who attacked the osprey, and gave the gunner the opportunity of bringing down the osprey with the right hand barrel, and the kestrel with the left. The kestrel was a female. Gillingham tells me that the osprey screamed when attacked by the kestrel. Little auk (Mergulus melanoleucos) was shot on the same day in the Weymouth Backwater.’

It wasn’t just the poor old birds who were on the receiving end of the Victorian sportsmans guns…so too were the resident mammals.

AN OTTER SHOT IN THE BACKWATER.

On Thursday a man, name Brewer, shot a fine dog otter in the Backwater. From tip to tail it measured over 3 feet, and it was in splendid condition. A short time since the female was trapped. There are now two young otters in the neighbourhood of the Backwater.’

(Mr Brewer was actually the keeper of the swans, he fed them three times  a day, took care of their every need, and was to frequently be seen on picture postcards of the era in his rowing boat attending the regal birds.)

During the 1870’s serious discussions had begun on reclaiming parts of the Backwater, but the major fears that once the tidal flows of the estuary were interfered with problems would arise in the harbour, the natural ebb and flow of the tides scoured the sands from the harbour, some were convinced that altering the lie of the land and nature would ultimately result in Weymouth harbour silting up altogether.

As we now know,  this large open expanse of waterway has slowly been eroded over the years with various plots of land reclaimed from the brine, being created here and there for building purposes, Commercial Road, Radipole gardens, Melcombe Regis gardens….until the Radipole Lake is a mere shadow of its former self.

But its history  has so many more stories to tell, murder, tragedy, joy….that’s for another time.

The book blog of Jordan Reynolds