The length of Weymouth’s ancient quayside is lined with an eclectic jumble of historic buildings, each one has a thousand stories to tell, they have witnessed fights, lovers, joy, tears, death and birth….the ghostly whispers of so many events lie within their walls, and under their eaves. 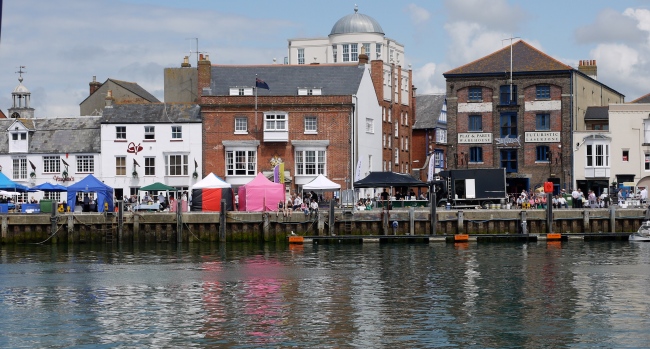 This time, our story starts not in Weymouth, Dorset, but over the border in Somerset.

Mary Ann Williams was not long widowed, about 18 months prior to the incident. After her husband had died, being in no position to be able to support herself, she went back to living with her parents for a while. 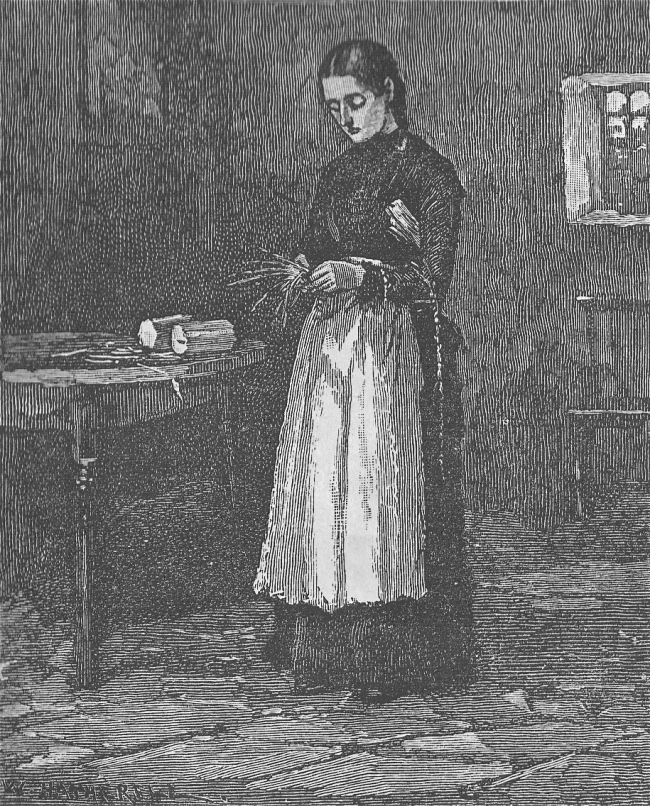 After she had been there for some time Mary Ann decided it might be best to move down to Weymouth, she couldn’t keep relying on her elderly parents for support. In Weymouth she  had an Aunt, Mrs Jeffery  that ran an Inn, maybe she would take her in and give her work.

At the end of January Mary Ann set off on foot on her epic journey.

By day she tramped the roads and lanes heading towards Weymouth, by night she stopped in the nearest town and slept in the local workhouses.

By the Friday, the 3rd February, Mary Ann had finally reached Dorchester, she was nearly there thank goodness, here again she stopped at the workhouse overnight.

The next morning, the Saturday, she was up bright and early, this was going to be a new start for her, gathering up her few measly possessions, and rolling them into a bundle, Mary Ann set off on the road to Weymouth where her Aunt lived, the weather wasn’t kind to her, the rain lashed down, soaking her sparse clothes, the wind was ice cold and cut through her like a knife through butter.

At last, puffing and panting, Mary Ann reached the top of the Ridgeway, and despite the inclement weather, there before her very eyes was surely the most beautiful sight she had ever seen. The stormy clouds had momentarily parted over the sea and the suns golden rays picked out the waves like a thousand dancing lights on its surface. The Isle of Portland stood out proud on the horizon.

This was a good omen as far as Mary Ann was concerned… a fresh start for her.

With a renewed spring in her step Mary Ann strode down the hill and into the town.

Sadly, it didn’t get off to a good start for her though, when she discovered that her Aunt had in fact passed away, so here she was, in a strange town, with no abode, no job and very little money to spare.

Heading first for the police station, which was based in the old Guildhall in those days, she enquired about a ticket for the Workhouse that night, but was told by the sergeant behind the desk that she couldn’t collect one until 6 o’clock that evening. 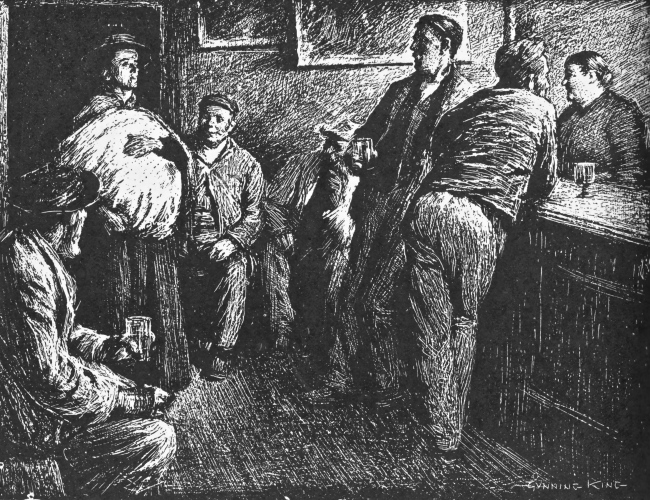 With that, Mary Ann decided to head for the nearest pub, which was just around the back of the Guildhall, the Porter’s Arms on the Quayside. She got chatting to the publican’s wife, Mrs Galloway, who feeling sorry for this cold, drowned specimen, lugging all her worldly possessions with her rolled up in an old  blanket, offered to dry her clothes for her, an offer which Mary Ann gladly took up. When she was dry, fed and feeling much better, Mary Ann found herself in the bar enjoying a drink, and started chatting to a local man, William House, a 27-year-old labourer, he brought Mary Ann a drink.

Once they got chatting, and she told him her tale of woe, and how she was going to the workhouse to sleep that night, William said that he could find her a bed at his sister’s house.

Now, I’m not sure if Mary Ann was totally naive, or maybe she didn’t have warning bells ringing in her ears, or maybe she did, and did what it took, but at half past nine that evening, she left the pub alone with William, supposedly on the way to the house of his sister. 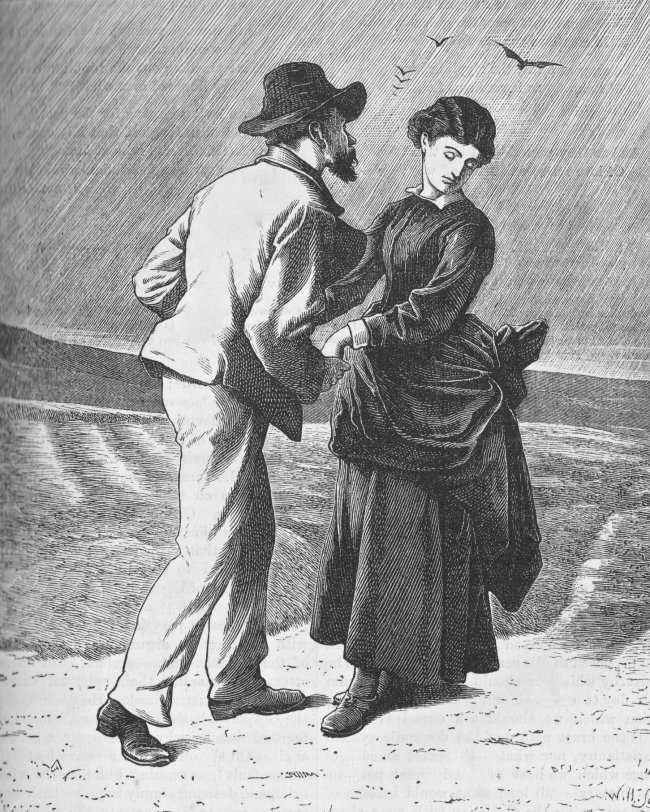 They crossed the town bridge, walked along by the harbour side and towards Boot Hill. Here William wanted to cross some dark fields, but Mary Ann, maybe wising up at last, or having second thoughts, was having none of it. She started to get worried, she wanted to go back, with that, William crossly  said he would take her to the Workhouse then, and the couple turned around and headed back down towards the harbour again… away from the direction of the Workhouse unbeknown to Mary Ann. Once they reached the bottom of the hill, he tried to take her into one of the little courts off of the old High Street, but here he was disturbed by a nosy householder with candle in hand, Charles Pavey, who wanted to know what they were doing there. William’s excuse was that they were being followed by two men, and he was hiding from them.

Thwarted once more, William was getting angry, by the time they had walked across to the harbour again, he grabbed hold of Mary Ann and dragged her onto a large hulk that was moored there, pushing her down a big dark hole, where she landed with a thump on something soft…grain!

Slamming the hatches tight shut behind him, she was left with the words ringing in her ears, that it was a “good enough place for her.”…

For nine days Mary Ann was trapped in this hell hole..

At first, she tried yelling and banging, but no one heard her cries for help, outside a fierce storm was raging, which lasted for days, muffling any sounds from inside the hulk. She tried to stand on the ever shifting grain to force open the hatches with a shovel she had found, but every time Mary Ann climbed the mountain of grain, her weight made her sink back down, the treacherous cargo constantly threatening to swallow her up. In the end, she didn’t know when it was day or night so dark inside the hold was it. With no food and no water, she soon grew weak. She tried to eat the dry grain, and even licked the spade to cool her tongue.

The ship belonged to Mr Thomas John Templeman, a wealthy Weymouth businessman, who was a corn merchant and owned a large  warehouses on the quayside.

It wasn’t until nine days later that workmen returned to the vessel.

When they opened the hatches, there, curled up on the grain, was the body of Mary Ann, she was still alive… only just!

Her malnourished body was carried to the Workhouse, where she was cared for, and when she had recovered slightly she was able to tell the policeman what had happened to her, and who the guilty party had been.

With that information William House, after being taken to the Workhouse first to be identified by Mary Ann,  was arrested.

In court things didn’t look good for William, his neighbour, Mary Denman of 5 Seymour Street, described how she had watched him sneaking in the window a half past one in the morning, whereas William had said he’d been home by half nine.

The jury found William House guilty of “Intent to cause grievous bodily harm.”

He recieved a sentance of  18 months hard labour.