Tonight being All Hallows Eve, with goblins, witches and ghouls flitting the streets, terrorising one and all on this dark eve, I thought tonight might be one for a tragic tale.

Down in the village of Sutton (Sutton Poyntz) lived a normal working family in one of the old row of cottages.

Head of the family was Richard Cox, in his late 60’s, old before his time, crippled and unable to work regularly, frequently relying on parish relief…a pauper. Living with him was his wife Mary, and 3 of his sons, John, Isaac and Jacob.

By the time of this tragedy Isaac and Jacob had moved out, they travelled further afield to find employment, but also things were strained in the Cox household. Left at home with his elderly parents was 38-year-old John.

Three weeks prior to this tragic incident John started to suffer from some form of mental illness, ‘brain fever’ as his doctor referred to it. He was being treated by Mr Adam Stapleton Puckett, local medical officer. John was confined to his room, endlessly pacing, ranting and raving. 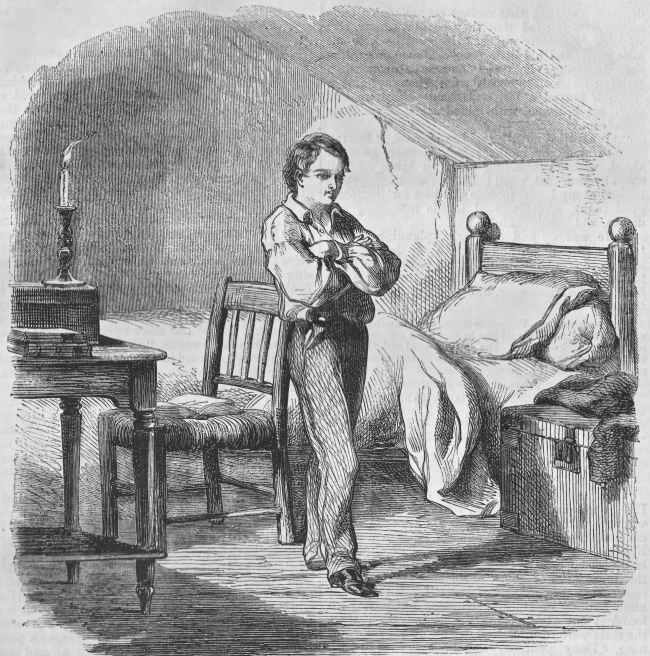 Things had gotten so dire in the home and John’s behaviour more and more erratic, that a decision was made by the doctor to have  John removed to the Union. He had attacked his brothers, nearly killing one of them in the process. His parents out of fear for their own safety removed anything that could be used as a weapon by their rapidly unravelling son, guns, knives, saws were all hidden. 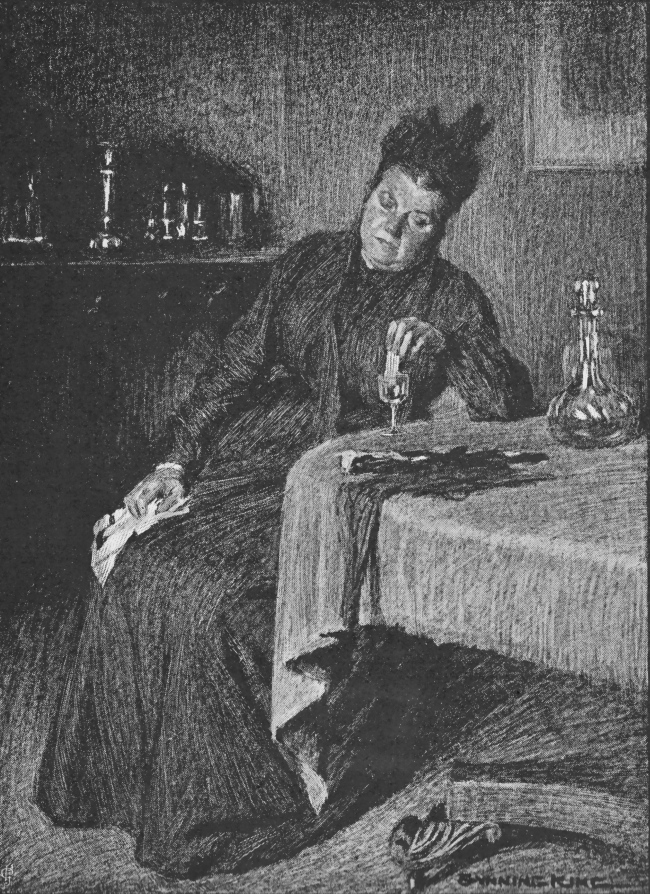 His poor distraught mother was beside herself, she didn’t know where to turn, what to do next, who to ask for help. Word had got around that John was becoming a grave danger to those around him and that his family were in fear of their very lives.

For this reason Mr Puckett was on his way to the family’s house, accompanied by Zachariah White, the relieving officer, when they met John’s father, Richard. “Be you going in to take him away now?” he asked. Mr Puckett confirmed this was indeed the plan, best for one and all. Seriously concerned because of his son’s state of mind at that time he warned them “You had better not go in there or there will be mischief.’ Mr Puckett tried to reassure the elderly father he could handle John, he would calm him down and make him see sense. Richard though kept repeating his warning, John was in no mood for confrontation.

Not heeding the old mans warning, Dr Puckett entered the cottage alone. Meanwhile, outside, Zachariah White tasked Richard with finding a horse and cart to transport John to the Union house, but seeing as the old man had a job to shuffle a few feet let alone down the road, he decided it would be quicker if he went himself, and off he set towards the Ship Inn.

Richard lowered himself onto his doorstep, peering anxiously through the bedroom doorway, he could see John arguing with the good doctor.  Not only arguing, John looked positively possessed, greatly agitated, shouting gibberish, his writhing body clothed in little more than a shirt. By now Richard was anxious, things were not going well, he pushed his creaking body up from the step and stumbled off down the road to find help.  There was no one around bar a group of frightened women, huddled together, torn between human curiosity and fear of violence.

Indoors, Matters deteriorated badly…John ripped the bedhead from its position, and lunged towards the doctor, who realising he was in imminent danger raced for the door as quick as he could. Once outside, the shaken doctor held fast to the door handle as an enraged John shook it, beat it, and tried to make his escape, he wanted blood. John then turned his anger towards the window, smashing the glass, but couldn’t get out that way, it had bars placed in front of it.

Sensing his chance, Dr Puckett let go of the handle, turned, and fled down the path, but John was quick! Out of the door in a flash, right behind the fleeing doctor. Raising his hand above his head, he smashed the frame down on his victims skull, knocking him straight to the ground.

When Richard returned to the house a few minutes later, over the fence he could see the prone body of Dr Puckett laid on the grass, but still breathing.

An agitated John was stood, chest heaving, sweat running down his contorted face, just a few yards from his victim. When his shocked father asked what he’d done, he yelled at him to go away, Richard later telling the police,  “if I did not go, he would serve me the same..'”  John picked a large stone and threw it at his father.

Then his manic son headed into a nearby fuel house, desperately searching for something, what he did find would serve his purpose perfectly. Stepping back out into the daylight, light reflected off the sharp teeth of a wood saw now held aloft in John’s hands.

Swiftly crossing over to the unconscious body laying on the grass, to his fathers horror, he made three quick deep slashes with the saw, and the doctors head silently rolled away from his body…with that John picked up the doctors skull in his blood stained hands and threw it out into the road, he then proceeded to dismember the corpse, each grisly piece tossed into the road. In his subsequent statement John claimed when he cut off the doctors head “the old bastard gurgled,” and when it hit the road “his old head sounded liked a damned old pumpkin.“

Witnessing this brutal attack were some of the village women. Jane Galpin lived two doors up, she had been passing by and had seen the doctors frantic struggle to hold the door shut, she could hear the hysterical ravings of John behind the door. When the window smashed, and John raced out of the open door, Jane fled for the safety of a neighbours house.  Behind their locked door the by now hysterical women screamed for help, in fear of who this mad man was going to murder next? These women had witnessed this horrific dismembering of the good doctor’s body.

Another witness to that day’s bloody aftermath was John Ford, an engine man in Weymouth waterworks at the bottom of Sutton Poyntz. Zachariah White in his dash to get help in restraining the raving fellow had headed for these works where he knew there would be men. John Ford accompanied the group back up through the village arriving at a horrific scene of bloodied dismembered body parts. They gathered in the doctors severed limbs, putting them together inside the garden fence. Their next job was to find John. He had vanished!

John was making his way, blood soaked and half naked, towards Osmington. On his treck through the country lanes he came across a startled Joseph Dowden out working in his garden. John told him quite calmly of what he’d done, asking Joseph for help, protection from anyone who might try to harm him.

Thinking on his feet, Joseph took the by now, much calmer John into the stables of Mr Notley’s Plough Inn at Osmington, where he managed to hold him until help arrived.

At the inquest on the death of Dr Puckett held at the Ship Inn, Preston, John Cox was convicted of “Wilful murder,” and was committed to the newly opened Broadmoor Criminal Lunatic Asylum. 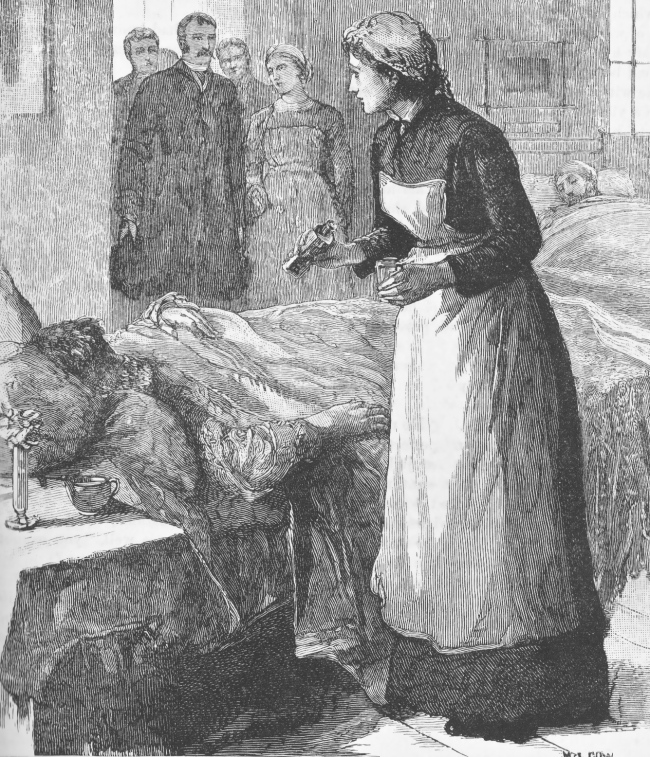