Weymouth has enjoyed trade with the Channel islands for many decades.

Ships have been plying their trade between the three ports, Weymouth, Jersey, and Gurnsey ever since the the end of the 18thc, transferring anything and everything from tomatoes, potatoes, cut flowers, passengers…oh,  and of course illegal goods!

Many a ships crew member was thwarted in their attempt to earn a bit on the side by smuggling contraband into Weymouth port. Numerous cases of smuggling charges litter the pages of the local papers down through the centuries as crew man tried to outwit Customs officers.

Sometimes they succeeded (those are the ones we don’t know or hear about) but many times the Customs officers were there and waiting!

The Great Western Channel Steamer, the  Ibex had come into port one Wednesday evening, returning from their voyage to the channel islands. 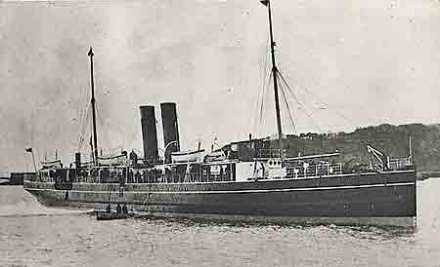 On board were two crew members, both employed as firemen.

John Honeybon, a 39 year-old Weymouth  man, he was married to Alice, and the family lived at 27, Spring gardens. He was a long serving crew member for the Great Western Steamer Company having sailed on the Aquila, Empress, Victoria and of course, for him, the ill fated Ibex.

The second miscreant crew member was  28 year-old Philip Francis Le Sueuer, a native of Jersey, who had eventually made his home here in Weymouth. he was married to Josephine, (also from Jersey) and they lived at 5 Mountjoy terrace on Chickerell Road with their family.

Having had a tip off, waiting for the boat to dock that evening was 31 year-old Edward Tizard, officer of Customs. Edward lived with his wife Rosa and their family in the terraced house at no. 11 Hope street, from his windows Edward could keep a close eye on the coming and goings of the Channel boats, and the men who worked them.

Working with Edward that night was Patrick Cummins, a 27 year-old fellow officer of Customs.

Once the boat had docked alongside the quay, the 2 Customs officers boarded her, they managed to conceal them selves in the stoke hole, just waiting for their prey to arrive. 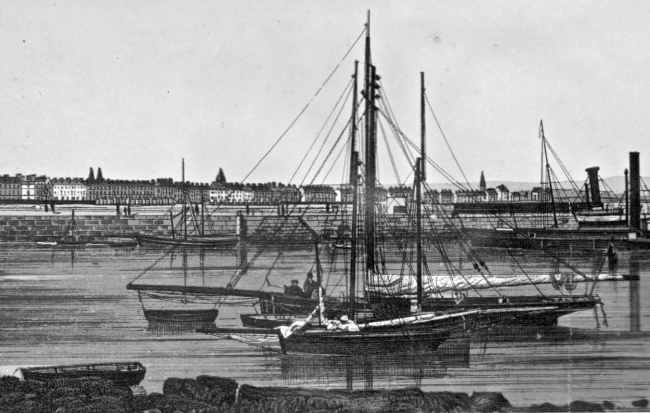 And arrive they did…John and Philip, completely unaware of the hidden officers, crept into the black, confined space with their torch and began to feel their way towards the contraband.

Whispering, lest they should be discovered, Philip said softly to John to “get the stuff out”, saying “You get it , and I will keep a look out.” But all the whispering in the world wasn’t going to help them!

As the packets were being stealthily pulled from their hideaway, the 2 officers sprang seemingly out of nowhere…

Patrick managed to grab hold of 3 of the packets of tobacco, an enraged Philip charged him, knocking him completely off his feet, landing rather unceremoniously onto the heap of black coal. Philip Leseuer then managed to throw one of the packets into the blazing boiler, completely destroying the evidence. By now Patrick had wrestled Philip onto the floor, and for a good ten minutes the men struggled one trying to over power the other. Eventually Patrick agreed to get up, and come quietly, he’d had enough!

Edward was having his own battle with John, the other smuggler, like his accomplice, he was desperately trying to throw the goods into the furnace, but Customs officer Edward was having none of it…he kept pushing the door to, only problem was, it was hot, very hot!, burning both his hands.

Finally having overcome both men, when the realisation that they were done for, and not going to escape they gave up the fight, and were handed over to the local P.C. Loveless.

Both men were tried in the Weymouth courts for smuggling, with the bench warning them that it was a serious crime, the maximum they could get was £100 fine or 6 months in prison.

What they actually got was a fine of £5  or 2 months imprisonment if it wasn’t paid!

That of course wasn’t to be the last case of smuggling heard in Weymouth’s courts by a long shot…it’s gone on for centuries, as it always will. As long as boats arrive on our coast, someone, somewhere will try to smuggle something in or out… that the nature of the beast!